The Board of Directors

The five-member Board of Directors consists of four elected/appointed registered producers and a non-egg producer appointed by the Government of B.C. by Order in Council. 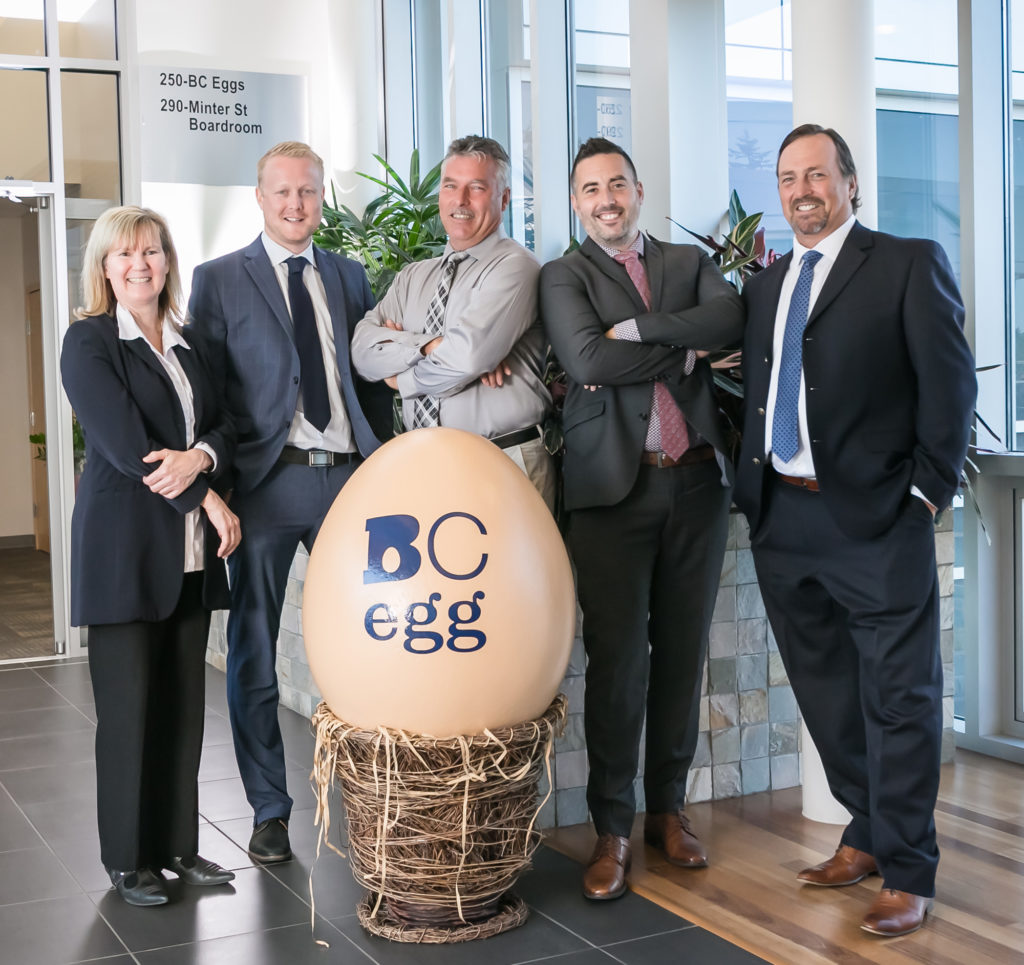 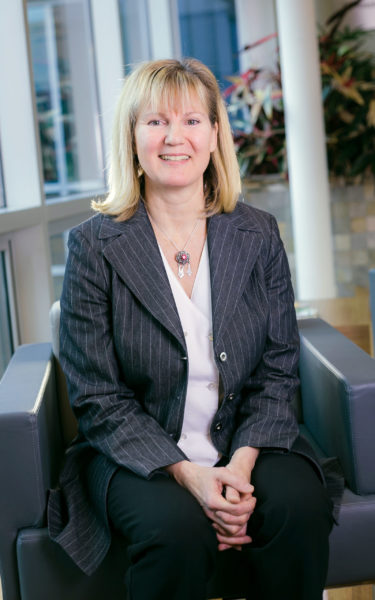 Gunta has been spearheading innovative agri-food initiatives in the public and private sectors for over 25 years. Her work experience spans government, academia, business and industry development, agricultural production, processing, sales and marketing. Gunta has a proven track record in building consensus amongst divergent interests, driving change and helping to create strong organizations.

Originally from Quebec with degrees in Agriculture and an MBA from McGill University, Gunta joined the BC Ministry of Agriculture in 1991 where she worked as a manager in market development for five years. From 1998 – 2010, Gunta held senior management positions at Pro Organics and SunOpta Inc., global leaders in organic and natural foods. During this time, Gunta was actively involved in the Specialty Reviews in the BC supply managed sectors, which led to significant growth of specialty production to meet market demand.

Gunta’s dedication to the advancement of agriculture extended to Agriculture and Agri-Food Canada’s Organic Value Chain Roundtable where she served from 2007 – 2015 in various roles as Industry Co-Chair, Chair of the Market Development Working Group, and as representative of the food distribution sector. Gunta’s volunteer activities also included board memberships and roles as past-presidents of the Canada Organic Trade Association and the Pacific Agricultural Certification Society.

The official description of the position of Board Chair can be found here.

Walter Siemens has been an egg producer since 1986. Walter has served in various capacities and committees within BC’s poultry industry and currently serves on the Egg Farmers of Canada’s Executive Committee as well as on committees covering, specialty production, Cost of Production, animal care, and the Transportation Code of Practice review.

“Having people willing to work on the national level is beneficial for the whole industry,” Walter says. “It’s important to gain consensus and to find solutions that work for everyone to the various issues we have across the country.”

Walter and his wife, Annette, have four children, two sons (both now married) along with two daughters — one of whom is also married, while the other is in university. They have six grandsons and two granddaughters.

Walter’s sons have now taken on more of the day-to-day operations on the farm which leaves him more time to focus on the work he does at the national level. Most years he spends much of his time on planes travelling between BC and Ontario. COVID means that Walter is spending more time at home attending these meetings on Zoom.

Walter and his family have recently completed a period of farm rejuvenation and expansion as old buildings were torn down and replaced with new barns designed to meet numerous egg type and market needs. Walter is enjoying his entry to the organic market, which began in 2019.

“I enjoy serving the egg industry and it’s a great way to support and raise a family… and now to see the next generation arriving is truly a blessing to us.” 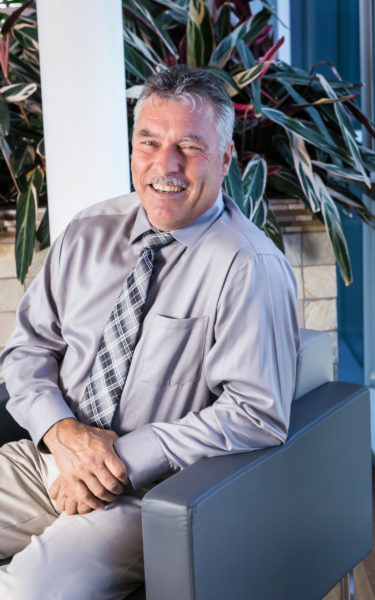 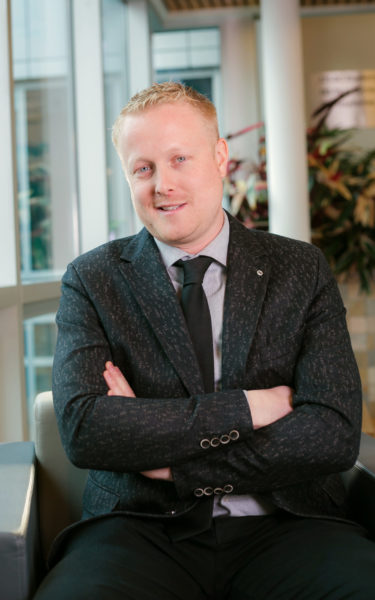 Matt is pleased to have the opportunity to served on the Board of Directors as he feels it is important to give back to the egg industry. He serves on the Production Management Committee (PMC) and represents the board on the BC Poultry Association, the Conventional to Enriched Transition Producer Pricing committees and is currently the EFC alternate representative.

Matt grew up with a farming background and says he never considered any other career. Matt enjoys farming, learning about new techniques and studying new farming opportunities. He is a New Producer Program winner and started his organic layer and pullet farm in 2012.

Matt considers it a real honour and privilege to serve on the Egg board.

Jon Krahn is a third-generation egg farmer. His interest in farming began at a young age when he would visit the family farm with his dad. He has been farming fulltime alongside his two brothers for the past 17 years.

Jon managed a layer farm for eight years before transitioning to his current role, managing the family owned feed mill.  At the mill he has gained a new perspective of the industry by learning more about poultry health, nutrition and organic production.

Through the years, Jon has maintained an active role within the industry and prior to being on the Board, Jon had the privilege of being a director of the BC Egg Producers Association for seven years; the last two as Vice-President. He has enjoyed working alongside producers and serving in varied capacities and committees such as the Egg Industry Advisory Committee, Biosecurity Committee and the Production Management Committee. Through this experience he has gained valuable knowledge of the egg and poultry industry and their national systems.  Jon is now the chair of the Marketing and Communications Committee.

Jon and his wife Danielle have four amazing young children. They are privileged to raise their family on a layer farm in the Fraser Valley. 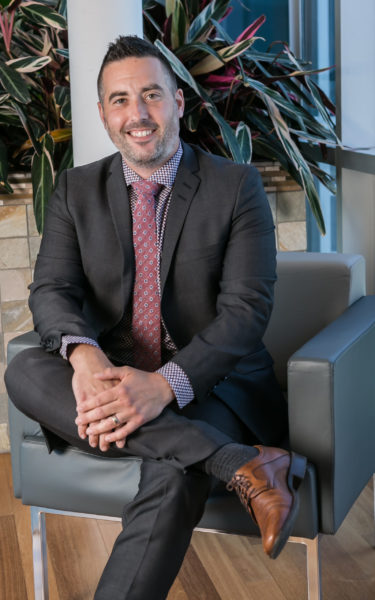 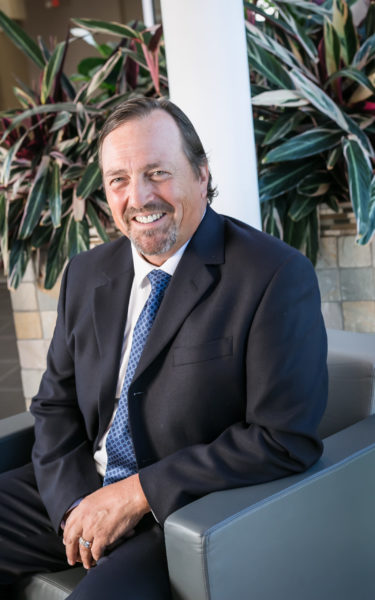 Jeff Regier has spent much of his life in the agriculture sector. His parents bought a broiler breeder operation when he was in his teens and he spent several years doing farm chores before moving out on his own. He started his career as a feed rep with East Chilliwack Feed Coop in the early 1980s – he still works for the company (now called Shur-Gain) on a part-time basis.

Jeff recognizes that many people do not understand much about farming and have little opportunity to talk to farmers so he enjoys volunteering at public events like the PNE and Ask an Egg Farmer at Save On Foods stores where he can talk to members of the public about his experiences as a farmer and answer their questions.

Jeff and Barb have four married sons, six grandsons and two granddaughters. Babysitting the grandkids takes up a good portion of their spare time.

The Honest Egg: with an egg, what you see is exactly what you get. We think our industry should work the same way. Pure. Simple. And always honest.

Until the 1940s, the production of eggs in B.C. was typically a spin-off of other general farming activities. The number of flock owners was quite large while flock sizes tended to be small. Egg prices fluctuated widely from time to time. In times of low egg prices, many farmers simply stopped producing eggs.

Things began to change in the late 1940s and early 1950s when interest in production improvements led to a tendency toward larger operations, a trend that continued into the 1960s. The introduction of new production methods and facilities, ranging from genetic improvement in laying stock and improved hen health through more hygienic housing systems to automated processing and increased food safety, further served to reduce the number of egg farmers and to increase the capital investment needed for egg production and processing.

Supply often surpassed consumer demand which resulted in producer prices sagging well below the cost of production. The combination of constant price fluctuations and the ever-present threat of production losses caused great instability and lack of confidence for the future of egg farmers. The year 1966 was particularly disastrous for the BC egg industry.

At farmers’ request, a plebiscite was held in mid-1967 under provincial government auspices. Egg farmers voted 73% in favour of the Marketing Board Plan that had been presented by a joint poultry committee in 1966.

BC Egg became a legal entity by Order in Council No. 2263 on July 13th, 1967 – the first egg marketing board in Canada with quota.

BC Egg’s Board of Directors is composed of four elected Directors and an independent Chair appointed by the provincial government via Order in Council. The Board is charged with the stewardship of the BC Egg and its operations. BC Egg’s principal “service” is to administer the national supply management system for eggs in B.C. BC Egg is vested with provincial and federal authority to impose and collect levies from its registered producers.

In February 2005, the Government of B.C. released best practices guidelines which now apply to all public sector B.C. organizations that are governed by a board to which appointments are made through the Government of B.C. by Order of Council. Although BC Egg is not technically captured by this definition, it will follow the spirit and intent of these best practices governance guidelines.

As part of BC Egg’s Mission Statement we have committed to building trust with our stakeholders through transparency. To track our progress in this area we will follow a concrete plan, as below: 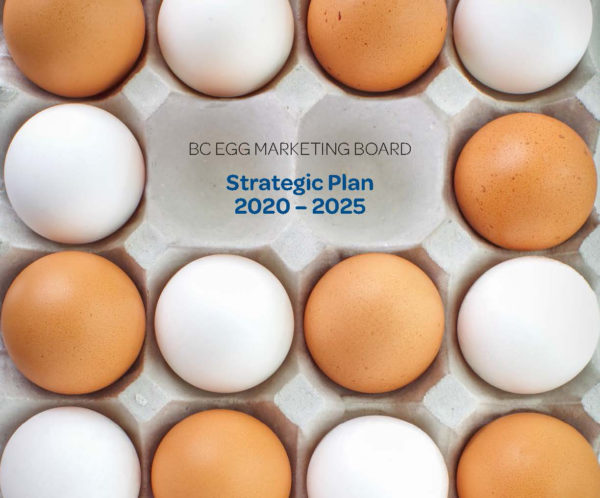 This strategic plan outlines the BC Egg Marketing Board’s (BC Egg’s) 10-year vision, the strategic priorities for the next five years, and associated key capabilities BC Egg will build and develop in order to achieve its priorities.