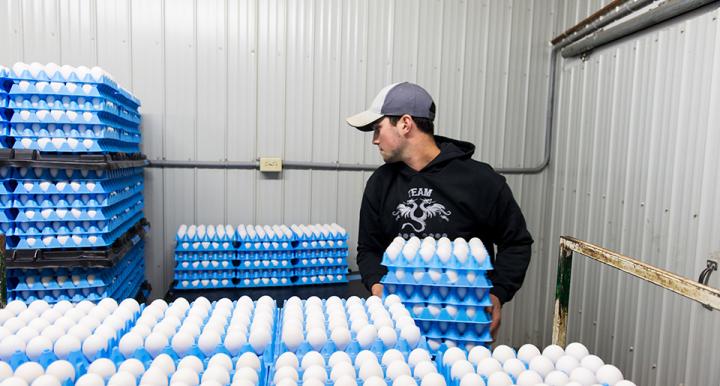 Before and After Supply Management

As the classic phrase goes, “those who do not remember the past are condemned to repeat it.” Those words come to my mind whenever I think about supply management, our made-in-Canada method of managing the production of eggs, dairy and poultry.

The system is run by Canadian farmers, who follow a consistent set of rules to promote the highest standards for food safety and farming practices, and receive a fair return for their effort. In the history of Canadian egg farming, there are two eras: before and after supply management. The differences are mind-boggling, as seen in history books and the voices of egg farmers who lived through both periods. Knowing this history and knowing how important supply management is for consumers and producers is eye-opening. So today I want to present a little history lesson: Canada before and after supply management.

Before supply management: uncertainty and instability

Cecil Jennings is the patriarch of Bayview Poultry Farm, whose son and grandson are the latest in a line of five generations that have farmed the Jennings’ Nova Scotia land. Cecil and I both remember the time before supply management, when egg farmers struggled to prosper. “You didn’t know one week to the next what you were going to get,” Cecil remembers.1 Egg farmers went directly to wholesalers to sell their product, and were entirely at the mercy of the price that was offered—commonly called “spot price”. This system was chaotic. A farmer couldn’t even be certain if they would cover their cost of production… or if they could even make a modest profit at the end of every year. There was no stability for farmers—no certainty of profitability or if they could survive to farm another day.

This evolved into a national crisis. The Farm Products Council calls the 1960s and early 1970s a time of “chaos in the poultry and egg markets”.2 The status quo couldn’t hold. The time for change had come.

After supply management: certainty and stability

To address the plight of farmers, the federal government introduced Bill C-176 in March 1970.3 The bill would create a national marketing agency to regulate the production of eggs and allocate production quota for every province. The bill passed on December 31, 1971, and on January 12, 1972 the Farm Products Marketing Agencies Act was Canadian law.4 That same year the Canadian Egg Marketing Agency was created… an organization you now know by the name Egg Farmers of Canada!

Since then, the egg farming industry has improved immeasurably. Canadians have access to a constant supply of fresh, locally produced eggs and farmers receive a stable income. All in all, everyone wins with supply management—and farmers and consumers can move forward together under a system that works for everyone.