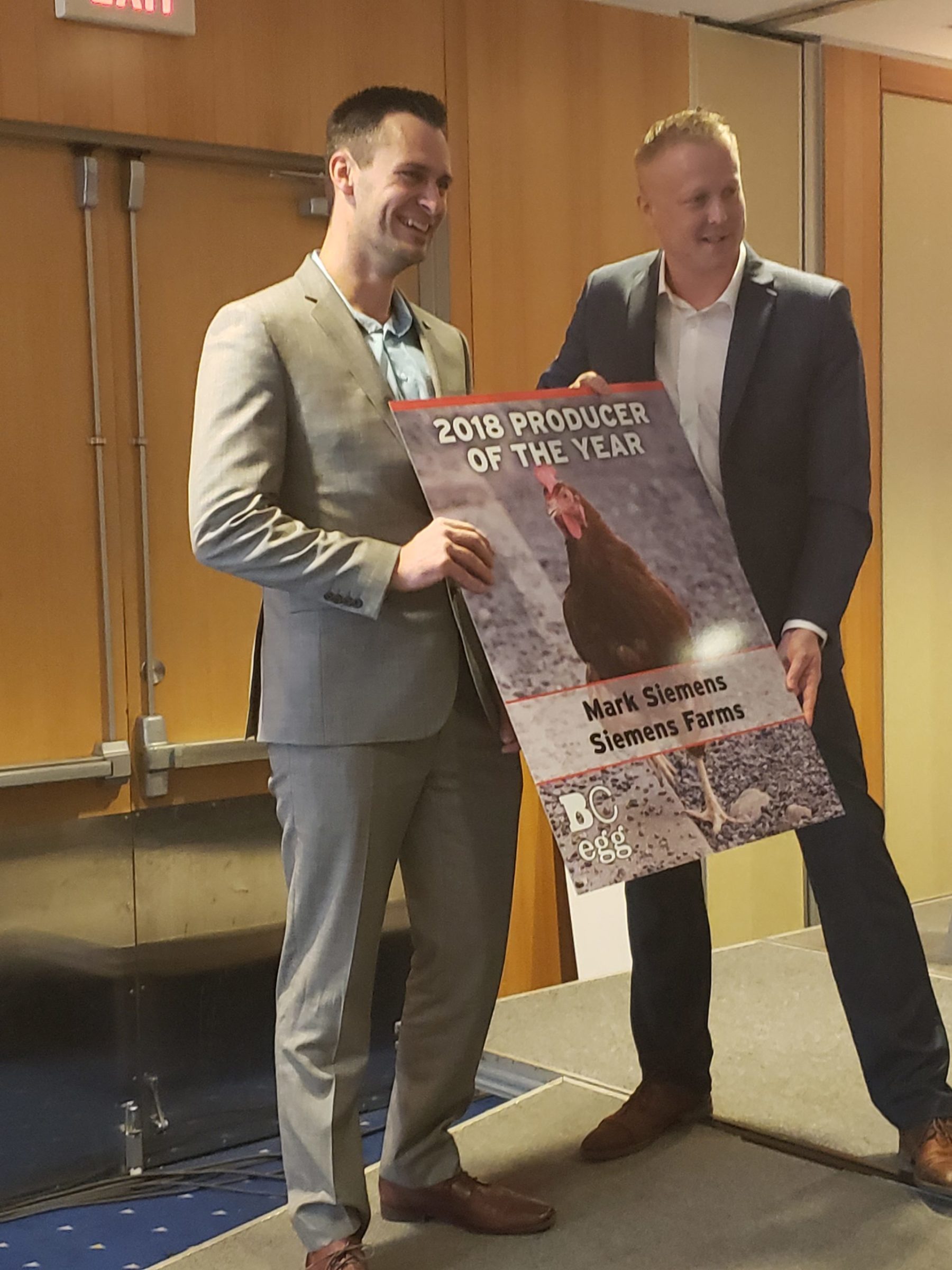 BC Egg Producer of the Year Award

Mark Siemens of Siemens Farm has received the Producer of the Year award from BC Egg.

The Producer of the Year Award is given annually to a farmer who exemplifies the following criteria: community involvement; helping fellow farmers; on-farm involvement; implementing innovations; and market responsibility.

Mark was nominated by his fellow producers and selected by a committee of judges who recognized his commitment to egg farming and the community.

Mark is dedicated to improving the egg sector in BC and to helping the public learn more about eggs and egg farming. He is the President of the Egg Producers Association – a group committed to improving farm practices and providing information to the public. In this role, he acts as a mentor for new egg farmers and loves to discuss new farming methods with seasoned farmers.

Mark is an Egg Ambassador and never hesitates to participate in public outreach events while encouraging other farmers to join him at events such as the PNE. He has toured both journalists and the public around his farm as a way of breaking down barriers between farmers and consumers.

BC leads the country when it comes to the production of cage-free and organic eggs. His family’s farm was one of the first to use the latest aviary cage-free system. An aviary is a barn with a tiered system that provides the hens with dedicated areas for food, water, nest boxes, perching and scratching. The farm is adding an organic flock of hens this year because Siemens Farm wants to produce the types of eggs British Columbians want to consume.

One of Mark’s nominators summed it up best: “The name of the game is producing eggs and he is one of the best!”

BC Egg congratulates Mark on his dedication to his farm and the egg sector in BC. 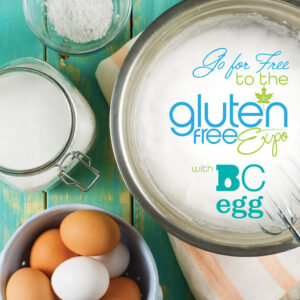 Go for Free to the Gluten Free Expo! 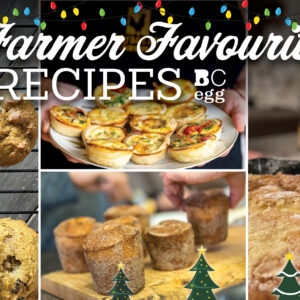 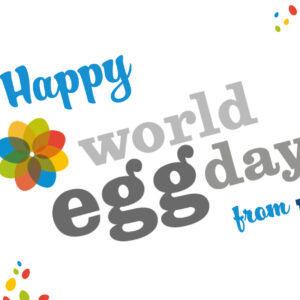